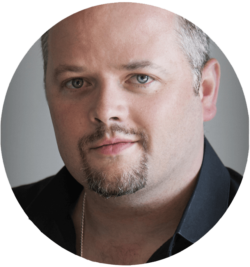 He wrote, directed & produced his M-NET EDIT short film entitled ACE OF HEARTS (2007) as well as ON TARGET (2008). Both films were selected and screened at the C.I.N.E Awards in Washington DC and each won a Golden Eagle Award.

In 2011 he produced a WWII feature film entitled ANGEL OF THE SKIES which released internationally to 25 territories, including USA, Canada, Germany, Europe, Japan and various on demand platforms.

2017 was the release of the award winning Bladerunner fan film which he produced – TEARS IN THE RAIN. The short film has won numerous best film awards at various international film festivals alongside other accolades such as best acting, best editing, best sound and more.